What Your Birthday Color Says About You. 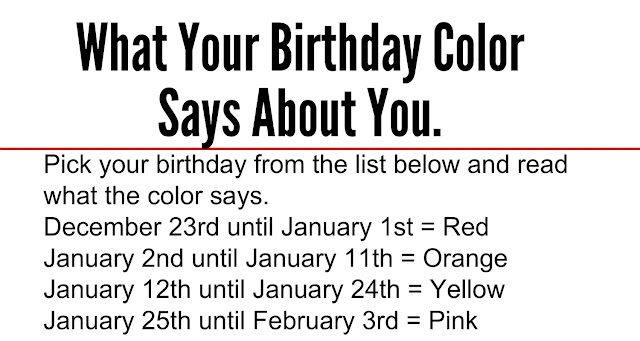 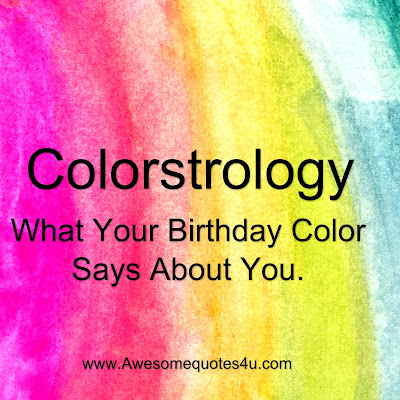 Pick your birthday from the list below and read what the color says.

Red
Cute and lovable type. You are picky but always in love…and like to be loved. Fresh and cheerful, but can be “moody” at times.