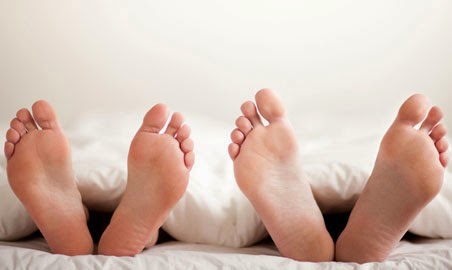 A wife came home early and found her husband in their bedroom making love to a very attractive young woman.

‘You disrespectful pig!’ she cried. ‘How dare you do this to me – a faithful wife, the mother of your children? I’m leaving you. I want a divorce!’

And Paddy (for it was he) replied, ‘Hang on just a minute, love, so at least I can tell you what happened.’

And Paddy began – ‘Well, I was getting into the car to drive home and this young lady here asked me for a lift. She looked so down and out and defenseless that I took pity on her and let her into the car. I noticed that she was very thin, not well dressed and very dirty. She told me that she hadn’t eaten for three days! So, in my compassion, I brought her home and warmed up the enchiladas I made for y ou last night, the ones you wouldn’t eat because you’re afraid you’ll put on weight.

The poor thing devoured them in moments. Since she needed a good clean-up, I suggested a shower, and while she was doing that, I noticed her clothes were dirty and full of holes so I threw them away.