8 Common Things That A Broken Woman Usually Does 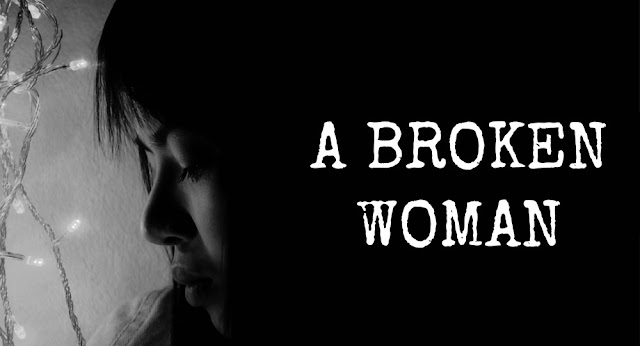 A girl can only have her heart broken so many times. She has been crushed so many times by so many terrible men in the past. Despite her best intentions, she always found herself on the losing end. She always found herself drawing the short stick. And if you have ever been around a broken woman before, then you would know that these are 8 common things that she might usually do.

1. She will take a cynical view of love and romance.

She has gotten her hopes up for love so many times in the past. She has tried her best to believe that she would eventually find success in love. But every single time she tried her hand at love, she failed. She had her feelings betray her. And that’s why whenever she sees other people who claim that they are in love, she is just going to laugh at them. She has become cynical.

2. She will stop believing in the idea of true love.

She has never really had the opportunity to experience true love for herself. And that’s exactly why she doesn’t really believe in the idea of love at this point. She doesn’t want to believe in something that she hasn’t experienced or felt for herself. She has become skeptical because of how many times she has failed at love in her life.

3. She will lose her respect for the people around her.

She is going to grow to hate the human species. She has been hurt and abused by so many people in the past. She has been tortured and manipulated by so many men that she has given her trust to. She has been disrespected and bastardized so many times. And that’s why she doesn’t automatically give people her respect anymore.

4. She will start to hang out with destructive people just like her.

You are probably familiar with the saying “misery loves company”, and that’s exactly what is going on with her in her life. She is absolutely miserable. There is so much toxicity inside of her and she’s going to seek out the same kinds of people. She’s going to want to surround herself with other broken and toxic people as well. And she might not even do so consciously.

5. She will hurt other people in the same way that she was hurt.

6. She will accept sadness to be a permanent part of her life.

She is just going to grow numb to the idea of sadness. She is going to just accept that she will be sad for the rest of her life. She has had to deal with sadness so much in the past. And she’s going to just expect sadness in the future.

7. She will convince herself that everyone is just out to get her.

She has been hurt by so many men in her life already. And these are all men that she has grown to trust. And she is so tired of just getting hurt and betrayed. That’s why she’s going to just assume that all men are out to hurt her.

8. She will still try to find that voice inside of her head telling her to keep moving forward.

But in spite of all that she’s been through, she’s still going to try to find a reason to keep on moving forward.