A Nice story with a good moral. 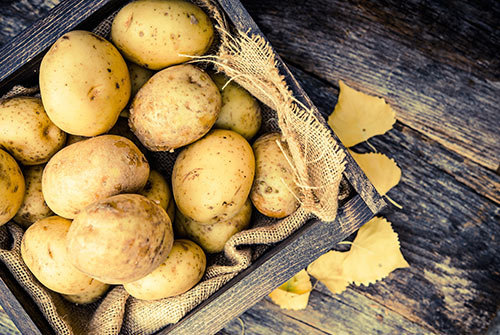 How The Hate We Carry Can Burden Us.

A kindergarten teacher has decided to let her class play a game.

The teacher told each child in the class to bring along a plastic bag containing a few potatoes. Each potato will be given a name of a person that the child hates, so the number of potatoes that a child will put in his/her plastic bag will depend on the number of people he/she hates.

So when the day came, every child brought some potatoes with the name of the people he/she hated. Some had 2 potatoes; some 3 while some up to 5 potatoes.

The teacher then told the children to carry with them the potatoes in the plastic bag wherever they go (even to the toilet) for 1 week.

Days after days passed by, and the children started to complain due to the unpleasant smell let out by the rotten potatoes. Besides, those having 5 potatoes also had to carry heavier bags. After 1 week, the children were relieved because the game had finally ended.

The teacher asked: "How did you feel while carrying the potatoes with you for 1 week?" The children let out their frustrations and started complaining of the trouble that they had to go through having to carry the heavy and smelly potatoes wherever they go.