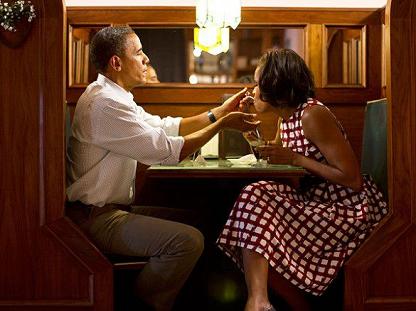 One night President Obama and his wife Michelle decided to do something out of routine and go for a casual dinner at a restaurant that wasn’t too luxurious.

When they were seated, the owner of the restaurant asked the president’s secret service if he could please speak to the First Lady in private.

They obliged and Michelle had a conversation with the owner. Following this conversation President Obama asked Michelle, “Why was he so interested in talking to you.” She mentioned that in her teenage years, he had been madly in love with her.

Repost, Just Enjoy the story doesn't matter if you like Obama or not...!!