In today’s world people get busy with their own lives, no one has time to wait and think or feel the suffering of other people. This feeling of empathy is also called compassion. Its that emotion which arises out of the suffering of others and motivates a desire to help. Your attitude and behavior to someone known or unknown to you who is stricken by misfortune or is suffering from some ailment would determine whether or not you are compassionate.

Let’s look at a recent incident which is a great example of compassion. Pope Francis has left many people speechless with his acts of compassion, he makes calls to distraught worshippers , invited the homeless to dine at St Peter’s Square, and washed the feet of young offenders, but it was meeting with Mr. Riva which moved many to tears. Mr. Riva is covered in growths caused by the incurable condition known as neurofibromatosis. 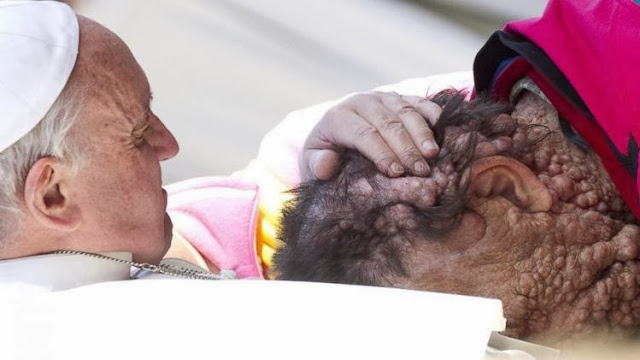 The Pope put his hands on the 53 year-old Italian man when they were at St. Peter’s Square for his general audience and kissed, hugged, and prayed with him. Mr. Riva was very happy about this and later said that pope’s hug was like paradise, he also said that pope did not think whether or not to hug him. Mr. Riva is not contagious but the pope did not know this and without thinking about it caressed his face with love. The pope was completely silent but there are times when silence can say more than words. When the pope hugged Mr. Riva with his arms wrapped around him. The hug lasted for a minute but it seemed like an eternity to Mr. Riva.

The pope’s act of compassion did not end here, two weeks later the pope met a severely disfigured man and he first spoke with this worshipper then put his hands around him and blessed him. The identity of this man is not known nor what caused the damage to his face. Many people were surprised by this act, but for Pope Francis comforting this stricken man was another simple act of compassion. Pope Francis believes that the Pope must serve all people, especially the poor, the weak, the vulnerable. 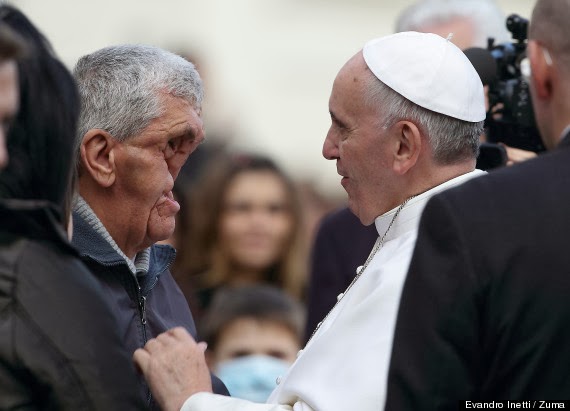 The effect of the compassionate acts of Pope Francis has resulted in a rise of Catholic congregations all around the world. This shows the effect that compassion can have on people and how it can help humanity.
Its this feeling of compassion that brings people together. Showing compassion frees us of our anger and resentment and allows us to open our hearts to forgiveness. This is an emotionally freeing experience, one can attain self-satisfaction by being compassionate. Its important to show compassion to others as it evokes peace among people in the world.