Your Birth Order Can Shape Your Destiny! Know How 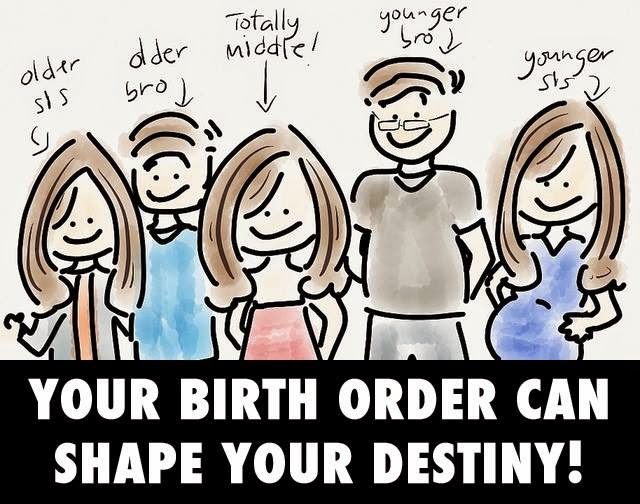 How your birth order can tell about your personality
Your birth order can really affect your personality. We all are more or less familiar with these common 4 stereotypes when it comes to birth order personalities:the only child always have trouble in sharing his or her feeling, the oldest child is always bossy, the youngest ones are naughty and spoilt and the middle – well the middle is stuck in the middle. So read on to find out truth behind birth order differences.
Birth order does matter
Yes! According to some researchers, your birth order is as important as gender and genetics. Think about it, how can any two children ever take the same role in the family? Parents deal with their children differently when it comes to their age in combination with their potential, very well recognized by the parent.For example, the parent might only lay trust in the older one with the responsibility of taking care of the child, thus other children may call for different roles in the family.


Let us now look closely at each birth order along with typical characteristics associated with them. 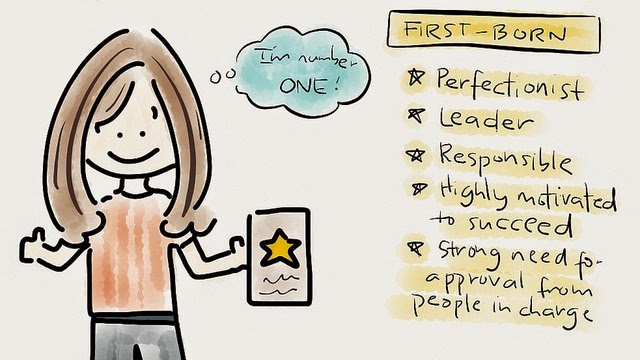 Firstborns are natural leaders. They also tend to be reliable, conscientious and perfectionists who don’t like surprises. Although, firstborns are typically aggressive, many are also compliant people pleasers. They are model children who have a strong need for approval from anyone in charge. With mum and dad gushing over every firstborn, older children are often more motivated to achieve, a trait enhanced by the fact that they don’t have older siblings making fun of them as they try new things.

CHARACTER TRAITS OF A FIRST BORN

Firstborns are generally seen as natural leaders. They tend to be reliable, conscientious and perfectionists who don’t like surprises. These may be associated they being the responsible one and being looked down with eyes of expectation.Although, firstborns are typically aggressive, many are also compliant people pleasers. They are model children; they model the perfectionism of their elders and are a model for younger siblings to follow. They also have a strong need for approval from anyone in charge. With mum and dad gushing over every firstborn, older children are often more motivated to achieve.
CHARACTER TRAITS OF A FIRST BORN
Taking the lead from their parents, they like taking charge and want everything to be just right. They want to be perfect in whatever they do, to attract words of praise form their elders as well as imitate their perfectionist behavior. This may also mean they struggle to admit when they are wrong.
Intriguingly, every astronaut to go into space has been the oldest child in his or her family. And throughout history, more than half of all Nobel Prize winners and US presidents have been first born. Another characteristic of first-borns is their highly cautiousnature and their typical aversion to risk. They are seen as being the least likely to travel or be physically daring. 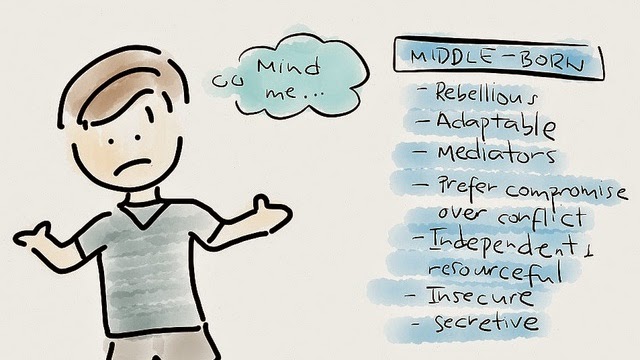 Middle children are like stuck in the middle. They often believe their elder siblings are given all the advantages and that the babies of the family are spoilt and given extra attention. In response, they are often good negotiators, have realistic expectations and tend to be the most independent among other siblings.
Since they have to deal with both elder and younger siblings their main role in the family is to coordinate and make sure everything moves smoothly. They may be seen without a clear role in the family lineup, thus they build bridges to sources of support and tend to have good people skills. Generally they are seen to be the most difficult to pin down. And they are guaranteed to be opposite of their older sibling in terms of their nature and outlook towards life.

CHARACTER TRAITS OF THE SECOND BORN

The feeling of receiving less attention from their loved ones develops a secretive attitudeamong the middle child; they tend to not openly share their thoughts or feelings. They can usually read people well since they are used to dealing with both elder and younger ones. They thus have a peacemaking quality, they see all sides of a situation, and they are independent and inventive. If a firstborn is a company’s CEO, the middle child is the entrepreneur.

Contrary to the popular notion about the youngest child, it isn’t all fun and games for them. Being the last-born, they are viewed in comparison to their elder siblings who are obviously faster, stronger, bigger and smarter, then them. This inculcates in them a slight “I’ll show them!” kind of an attitude. They can thus be seen as rebellious and impulsive in comparison to their elders. Being the baby of the family they naturally have more members of the family to attend as well as cater to their smallest need, making them a little spoilt and very charming.

CHARACTER TRAITS OF THE LAST BORN

Being youngest child they naturally do not sense either pressures of the oldest child or the “left out” feeling of middle child. Many last-born choose a completely different path to their older siblings to avoid direct competition. While last-born may be charming, they have the potential to be manipulative, spoiled and babied to the point of helplessness.
They usually have a high creativity quotient, they are social and outgoing, and are seen as being the most financially irresponsible of all birth orders. We can say, they simply want to have a good time.

Only children share very similar characteristics to firstborns. They frequently shoulder parents’ high expectations. They have a more driven personality than even a firstborn. They may be described like a firstborn that is –
Well organized Reliable,Conscientious ,Serious and Conservative.All to a slight extra degree.The urge for perfection may develop into a tendency of being critical to oneself as well as to others.They are seen to be more imaginative in nature than other children. They usually get along better with people older than themselves since they are used to dealing with older people.