When Woman are sensitive? 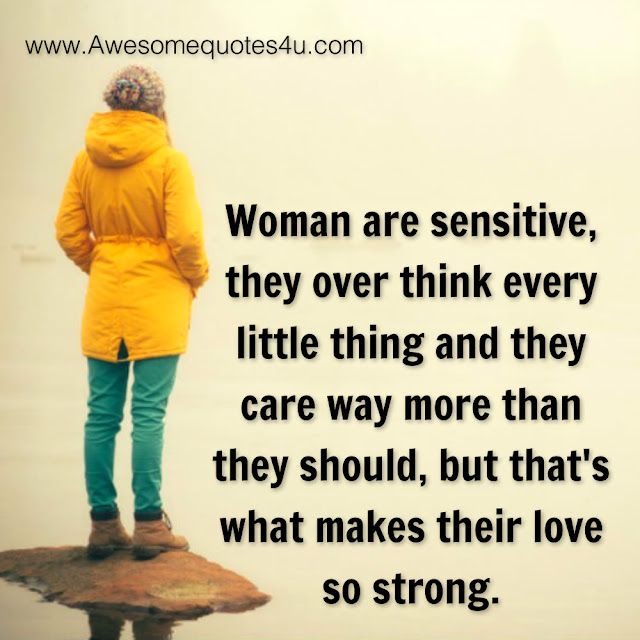 Woman are sensitive, they over think every little thing and they care way more than they should, but that's what makes their love so strong.

There is in every true woman's heart, a spark of heavenly fire, which lies dormant in the broad daylight of prosperity, but which kindles up and beams and blazes in the dark hour of adversity.

It was cold, and he was coughing. A fine cold draught blew over the knoll. He thought of the woman. Now he would have given all he had or ever might have to hold her warm in his arms, both of them wrapped in one blanket, and sleep. All hopes of eternity and all gain from the past he would have given to have her there, to be wrapped warm with him in one blanket, and sleep, only sleep. It seemed the sleep with the woman in his arms was the only necessity.