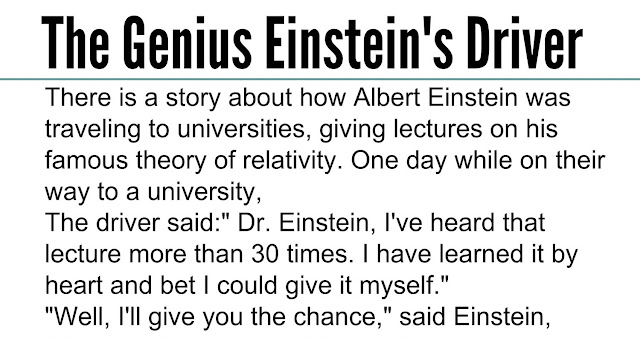 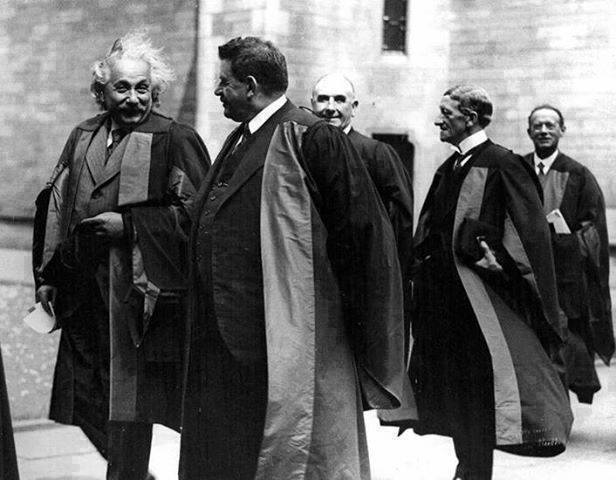 There is a story about how Albert Einstein was traveling to universities, giving lectures on his famous theory of relativity. One day while on their way to a university,


The driver said:" Dr. Einstein, I've heard that lecture more than 30 times. I have learned it by heart and bet I could give it myself."

"Well, I'll give you the chance," said Einstein,

"They don't know me at the next school, so when we get there I'll put on your cap and you introduce yourself as me and give the lecture." Einstein continued.

At the hall, the driver gave Einstein's lecture so wonderfully that he didn't make any mistakes.

When he finished, he started to leave, but one of the professors stopped him and asked him a question which was very difficult. The aim of the question was not gaining knowledge but embarrassing Einstein.

"The answer to that problem is so simple," he said,
"I'm surprised you have to ask me. In fact, to show you just how simple it is, I'm going to ask my driver to come up here and answer your question."!

Then Einstein stood up and gave an incredible answer to the question of that professor.

~ Moral of the story: No matter how genius you pretend to be, there is always someone who is more genius than you despite his position.