8 Photos To Test Your Personality. What Do You See? It Can Tell If You Have A Dirty Mind. 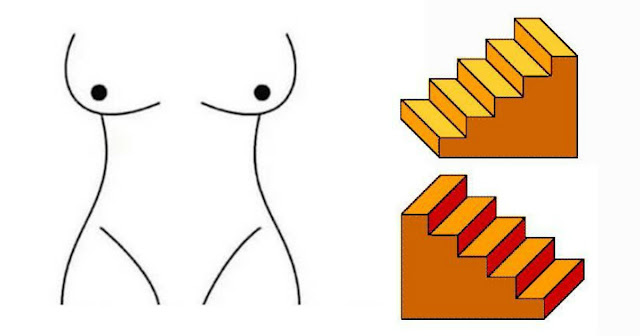 Below are some odd illusions that are said to determine certain characteristics of our personality.

What do you first see? If you see a musical instrument, that apparently means you’re in a positive mood. If you see a skeleton, that means you have a fear of sickness. An hourglass means a well-developed ego, and a fish or a crab means the fear of powerlessness to solve a problem.

What do you see? Do you see a duck, a rabbit, or both? Most see the duck first, but what does it mean? Well, if you’re able to flip between both images, then it’s said you’re a creative person. The moment you flip between a duck and the rabbit induces a small flash of creative insight in the brain, meaning you see the world in a variety of ways.

This picture is called All Is Vanity. It’s a famous picture from 1892, and many consider it to be one of the best illusions of all time. If you first notice the skull, it means you’re a rebel, a person who freely thinks you’re passionate and strong. If you first notice the woman looking in the mirror, you are said to be proud and have the soul of a romantic person and you’re a dreamer; yet you sometimes may suffer from lack of confidence.

Studies have shown that children cannot see the lovers in this image, because they don’t have such images in their memory and instead see nine dolphins. If you see the lovers and the dolphins, it’s said you have a creative mind.

What do you see? The most popular answer is a bat, and that’s typical from a healthy person, but it doesn’t really have any meaning. If you see an elephant, then it’s said that you’re insecure. If you see a bird, then according to the test, you need to emotionally mature before you’re ready for a relationship.

In this particular illusion, what you see first determines just how obsessed with sex you are and whether you’re lighthearted or not. Most people (well, those of us with so-called ‘dirty minds’) will see an abstract drawing of a woman, including her torso, hips and breasts. Those who are a little more innocent then the rest of us and apparently aren’t as obsessed with sex will see two stick men dancing.
And that brings this list to an end. If you enjoyed the article, then it would be much appreciated if you shared it.