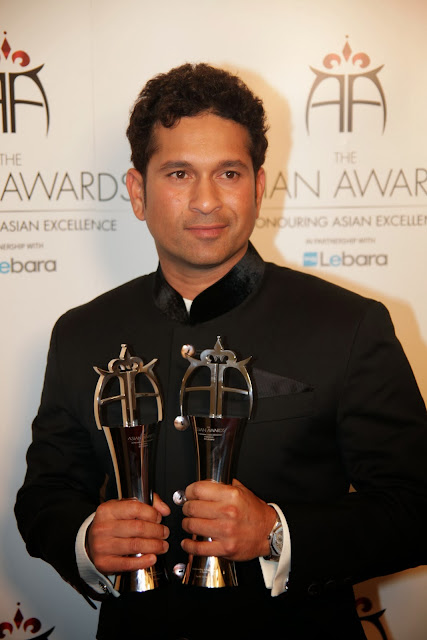 Sir Sachin Ramesh Tendulkar also known as the ‘Little Master’, ‘Master Blaster’ and deemed as the ‘God of Cricket’ by people worldwide, after a glorious career of 24 years and 200 test matches, has announced that it is time that he will “declare” it. Born on April 24, 1974, he started his international career in 1989 and has been the first man to score 100 international centuries (51 in test and 49 in ODIs). Furthermore, he is the only player with 40 wickets and more than 11000 runs in hand. A man of 5’5”, a husband of a proud woman and a father of two, he truly is living specimen to what they call a ‘Gentleman’ in the world of cricket.

Now you probably didn’t know these things about ‘Master Blaster’:

1. Even the God has his superstitions! He dutifully wears his left pad before the right pad in every single match he has played.

2. He might be a spinner now but he was under training to be a fast bowler at the MRF Pace Foundation along with Sourav Ganguli. Australian bowling legend Dennis Lillee was not impressed with his performance and recommended him to stick to batting. What a brilliant piece of advice it turned to be! (Not so good for the Australians themselves)

3. Now this one is probably the best one. He owes a lot to his friends. In his childhood days, while playing, he used to ask his friend Ramesh Pradhe to dip the rubber ball in water and fling it towards him. He then used to check watermarks on the bat to see if he had middle the ball. He also was gifted a pair of international quality cricket shoes by his childhood friend Praveen Amre.

4. Astonishingly, he likes to watch Discovery Channel in his free time rather than any sports channel. He finds the world of science and technology to be useful and enticing!

5. He is possessive about his things! He didn’t like anybody touching his things. That includes forbidding his wife, Anjali, to drive his Ferrari when he used to own it.

6. Sachin was delightful dad and that is a known fact. But only few know that he loved reciting bedtime stories to his kids. Many of his stories included a self-invented protagonist, Rohan!

7. Like Sheldon Cooper of ‘The Big Bang Theory’, Sachin has his “Spot”! In the team bus, Sachin has his dibs on the front seat of the left row. Superstition? Seniority? Some crazy theory about seats? Nobody knows!

8. He is a foodie! Many know that he loves seafood. But what is astonishing is that he can gulp down 15-20 full-sized prawns in one sitting! He also used to compete with his teammates Vinod Kambli and Salil Ankola on who ate the most wada pavs. He is a connoisseur of wine and loves relishing it. Also, he dips glucose biscuits in his tea before eating them!

9. He might be a right-handed bowler and batsman, but he uses his left hand to write! And yes, the word you are looking for is ‘Ambidextrous’ i.e. the ability to use both the hands as dominant hands.

10. Lastly, even the God has his gods! Inside his kit bag are the pictures of Sai Baba and Shri Ganesh. Alongside them are good luck letters from his kids and the Indian flag. Religious as the man is, he is a true patriot!

With his words of retirement, he cried, I cried and the whole India cried. As he left the ground after thanking his dear ones and his fans worldwide, he made the country equally happy and sad.

For about 15 long years of my life that I have seen him play, the Master Blaster has never ceased to amaze me with his game. He is and will, for a long time to come, be the best player on the field of cricket.