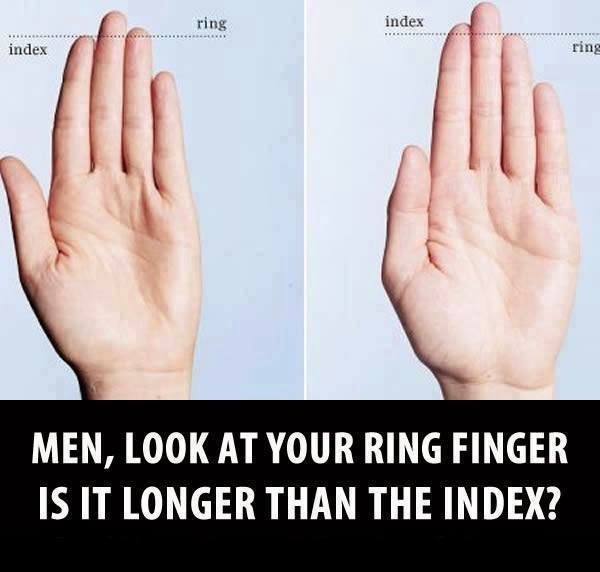 According to a study that was published in Discovery Magazine, men whose ring finger is longer than their index fingers are much more attractive for females. The initial statement is that that the length of the finger depends on the amount of testosterone that has been slammed onto them while still in their mothers’ wombs.

However, the study showed that female felt attracted to these men’s facial features and not voice or smell, meaning that it is more likely that the testosterone that is currently in the male’s body and not the one that he’s been stuffed with in a prenatal state is the actual women-attractor.