When people make you feel unwanted 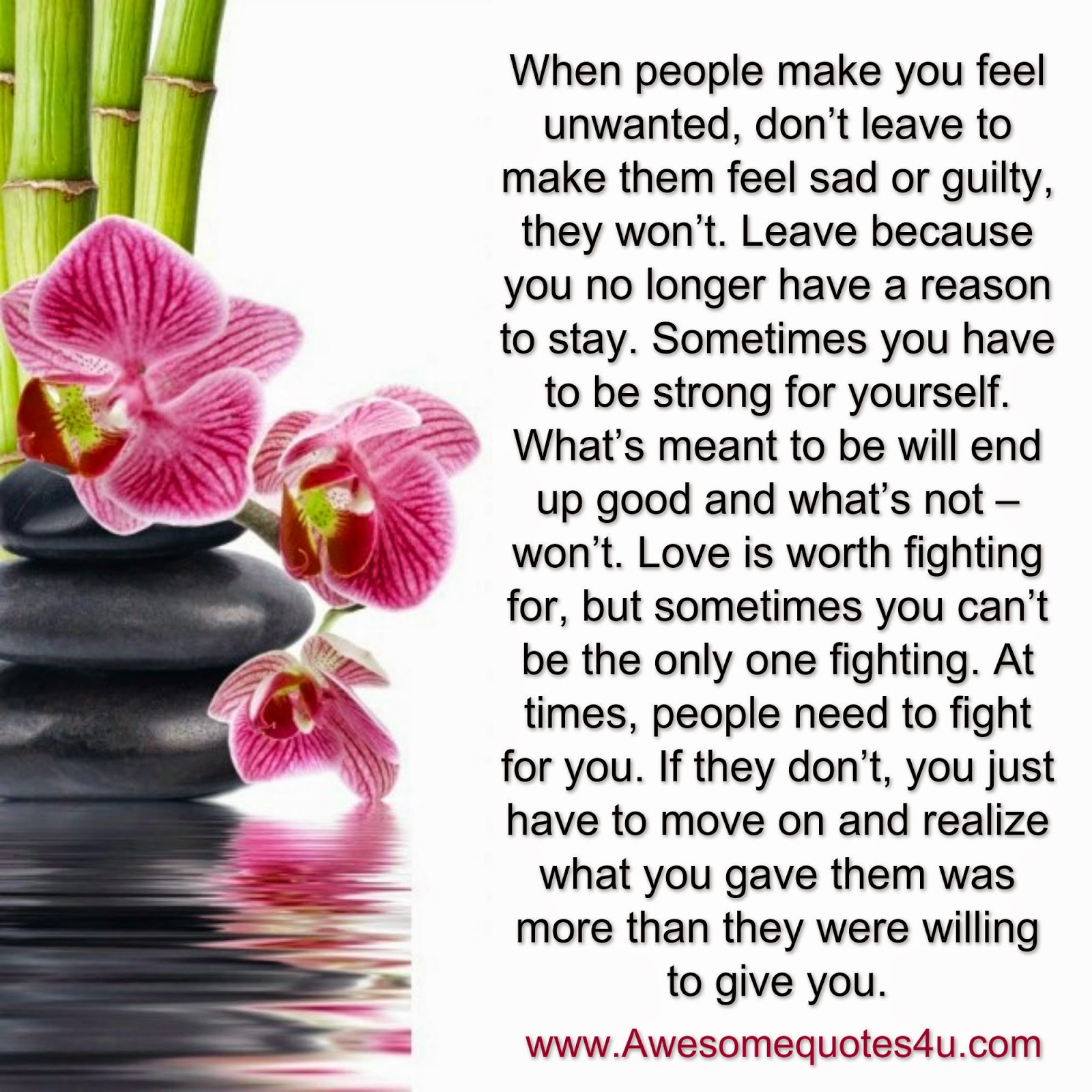 When people make you feel unwanted, don’t leave to make them feel sad or guilty, they won’t. Leave because you no longer have a reason to stay. Sometimes you have to be strong for yourself. What’s meant to be will end up good and what’s not – won’t. Love is worth fighting for, but sometimes you can’t be the only one fighting. At times, people need to fight for you. If they don’t, you just have to move on and realize what you gave them was more than they were willing to give you.

It hurts the worst when the person that made you feel so special yesterday, makes you feel so unwanted today.

A common measure of poverty is how much money you have in relation to other people - that is useful as far as it goes, but that excludes the case of, say, a hunter in the rainforest who has no money but is not poor. And there can be a number of people with money but who can consider themselves unwanted or invisible or estranged from society. ~ William T. Vollmann

You can sell millions of records, be showered with all this love and admiration and still feel despised and unwanted. That's what I felt. I've made a lot of mistakes I'm not proud of. ~ Scott Stapp