Top 5 Phones with the Highest Radiation: Is Your Phone on The List?

Cell phone use has become a daily habit for millions of people. We don’t use them just to make phone calls, cell phones have also become a sort of obsession and some people may find it hard to put their phone down. The use of cell phones poses a threat for the health because there is a possibility of them being a cause of cancer and tumor development.

Radio frequency energy waves get emitted from the cell phone antenna which can be absorbed by our body. These waves are believed to increase the risk of cancer development. There are numerous factors you should take in consideration when determining the harm that could be done by your phone such as how much time you talk on your phone, which type of phone you are using, the way you holding. 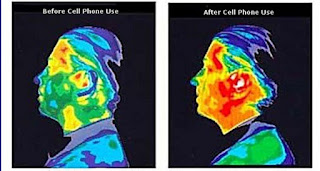 Specific Absorption Rate
There is a regulation for phones sold in the US about the allowed value of SAR – Specific Absorption Rate, determined by the Federal Communications Commission. The SAR value is the rate of radiation that gets absorbed in the human body when using a certain phone. The allowed value is up to 1.6 watts per kilogram body weight. So, any phone that has a greater SAR value than the allowed is banned from sale.
CNET- the leading online tech review website has examined the SAR value for every type of cell phone available on the market. Donald Bell, who is senior editor of this website, has highlighted the following 5 phones that have the highest SAR value.
The 5 phones with highest radiation value
1) Motorola Droid Maxx, SAR 1.54. Sold by Verizon Wireless
2) Motorola Droid Ultra, SAR 1.54. Sold by Verizon Wireless
3) Motorola Moto E, SAR 1.5
4) Alcatel One Touch Evolve, SAR 1.49. Sold by T-Mobile
5) Huawei Vitria, SAR 1.49. Sold by MetroPCS
You may have or have not noticed that the number one on the list, the Motorola Droid Max, is actually a very pricy phone which is among the highest-rated. The second and third are the most expensive on this list and the last three are cheaper than them. You should always check the SAR value when looking for a new phone.
You can also protect yourself from harmful radiation by following these tips: