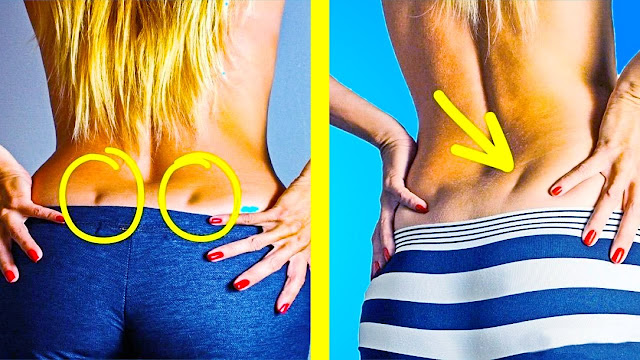 If you thought you knew everything about yourself, think again. Our bodies are hiding all kind of secrets from us. While it”s usually working hard to be helpful, sometimes things can get a little gross… or even dangerous. I couldn’t believe how much I didn’t know about what was going on in my own body every day!

Our noses aren’t as talented as a dog’s nose, but they’re still pretty impressive.
We can remember thousands of smells, which is why you’ll never forget the scent of your first love. You produce about 25,000 quarts of saliva in a lifetime. If you were to save all of that spit, it would fill two swimming pools.

2. THE SKIN OF ALL HUMAN BEINGS IS COVERED IN STRIPES. THEY’RE CALLED BLASCHKO’S LINES, AND THEY COVER THE BODY FROM HEAD TO TOE. WE JUST CAN’T SEE THEM.

Our skin is covered in lines of different colours – but they’re usually only visible under UV light.

Do the math: That’s enough to repopulate the entire planet in six months.

If you aren’t going to be eating those razor blades, you might as well put them to good use.

5. THERE’S ACTUALLY A BLIND SPOT IN OUR VISION, BUT OUR BRAIN FILLS THE GAP.

The blind spot is a very common phenomenon among vertebrates. It is because the light-detecting photoreceptor cells are absent in the area where the optic nerve passes through the retina. Because of that, the corresponding field of vision becomes invisible as no light is detected from there by our eyes. The phenomenon was first discovered in the 1600s by Edme Mariotte in France. Until then, the point where the optic nerve enters the eye was thought to be the most photosensitive part of the eye.(source)

6. IF YOU DONATE OR DAMAGE A PART OF YOUR LIVER, IT WILL GROW BACK TO ITS FULL SIZE.

The liver is the only internal organ that has regenerative abilities. If the liver is either surgically removed or suffers chemical damage, it can regenerate. It is said that as little as 25% of the liver is enough for it to regenerate itself back to full size, though for donation there are several criteria that has to be met.

7. WE SHED DIFFERENTLY STRUCTURED TEARS DEPENDING ON THE REASON WE’RE CRYING. WHEN PUT UNDER THE MICROSCOPE, TEARS DUE TO GRIEF, HOPE, OR ONIONS ALL SHOW UNIQUE STRUCTURE.

We produce three different types of tears. Basal tears are those produced naturally by any healthy mammal to keep the eyes wet and lubricated. Reflex tears are those produced as a result of irritation due to foreign particles, chemicals, onions, when eating hot or spicy foods, or sudden exposure to light. Crying or weeping tears are those that we shed due to emotional stress, pain or even pleasure, like during uncontrollable laughing.

8. DO YOU HAVE DIMPLES ON YOUR LOWER BACK? IF SO THEN YOU REALLY SHOULD KNOW WHAT IT MEANS.

Not many people have these things that are called the “dimples of Venus.” If you are a proud person who has them, you sure know that people are making a lot of fuss about them. So, what are they exactly? Are they adorable or unattractive? Could they point to a health concern?
Most people with Venus Holes have them because of genetic predisposition. You’re more likely to have them if it runs in your family. People who are built with a curvy physique are most likely to have the dimples, which could explain why those who have the cute dimples appear more attractive to others.
These dimples are indicators of good health and sex life apparently. That’s right – having these little indents can make it easier for you to have an orgasm, because the dimples facilitate good circulation around the pelvis area. A great circulation is essential to achieve orgasm more easily.

9. OUR BRAIN FILTERS OUT QUITE A LOT OF SENSORY INFORMATION IT RECEIVES. YOUR NOSE, FOR EXAMPLE, IS SOMETHING YOUR EYES ALWAYS SEE BUT YOUR BRAIN JUST IGNORES IT.

10. IT TAKES AROUND THIRTEEN MILLISECONDS FOR YOUR BRAIN TO PERCEIVE IMAGES AFTER THEY ACTUALLY HAPPEN. SO, YOU ARE BASICALLY ALWAYS LIVING IN THE PAST.