9 Odd Things You Didn’t Know About Your Body! 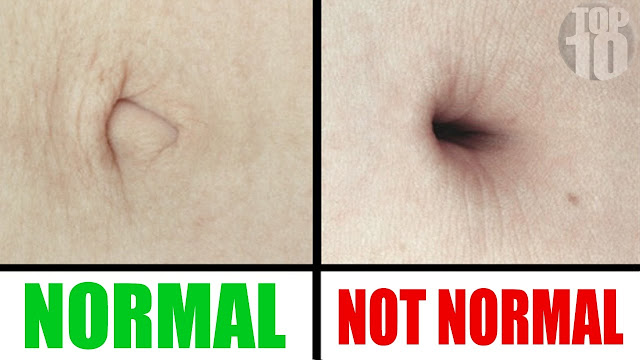 Your body is many things: a mechanical device, a walking chemistry set, a sustainable life form, and an ever-changing biological phenomenon. There’s a lot to know about the body. Were you aware of these ten amazing facts?

1. YOU ARE TALLER IN THE MORNING THAN IN THE EVENING.

Did you know that we actually change height based on the time of day? On average, you’re one inch taller when you wake up in the morning
When you sleep, excess fluids build up inside your spinal discs, and the stress of standing in a day causes the fluid to seep out – making you lose height.If you measure yourself first thing in the morning and again at night, you should see a small but visible difference.

Have you ever tried tickling yourself? Doesn’t really work, does it? The reason for this is your brain actually anticipates the sensation. It discards expected ones and alerts you to unexpected ones, hence why you might have such a strong reaction to someone else tickling you

3. BY THE AGE OF EIGHTEEN YOUR BRAIN STOPS GROWING

From that age forward it begins to lose more than 1,000 brain cells every day. Only two percent of your body weight is occupied by your gray matter, but is uses up to 20% of your overall energy output (it needs carbohydrates). Your brain works continuously and never rests, even when you’re asleep. Aside from producing REM dreams, your brain works overtime to replenish its ability to function normally during your daytime waking hours.

You might never think about it, but breathing through your nose is actually quite complex – and the effects are intense. 85% of people only breathe through one nostril at a time, the other nostril gets subconsciously blocked by tissue swelling, which you might’ve noticed when you can’t unclog one nostril even though there’s nothing in there

We all get runny noses when we have the flu, but even when we’re just cold our nose will tend to drip way more than normal. This is because normally we produce a litre of mucus daily, most of which gets swallowed down our throat without us even noticing.
In cold weather, more blood is pumped through our nostrils, accelerating snot production in addition to keeping our nose warm so that warm air enters our lungs.

6. THE BRAIN IS MORE ACTIVE AT NIGHT THAN DURING THE DAY. SCIENTISTS DON’T KNOW YET WHY THIS IS.

Logically, you would think that all the moving around, complicated calculations and tasks and general interaction we do on a daily basis during our working hours would take a lot more “brain power” than, say, lying in bed. Turns out, the opposite is true. When you turn off your brain turns on. Scientists don’t yet know why this is but you can thank the hard work of your brain while you sleep for all those pleasant dreams.

7. 15% OF POPULATION DON’T HAVE THIS TENDON IN THEIR ARM.

The palmaris longus is a muscle of forearm that spans from your elbow into your inner hand. According to the various anatomy references, the palmaris longus muscle is not present in approximately 10-15% of the population, with a few studies pointing to a greater variance of people that have the muscle and tendon in one arm, but not the other.

8. WHY YOU WAKE UP WITH MORNING ERECTIONS

Men have erections every hour to hour and a half during sleep. This is because the combination of blood circulation and testosterone production can cause erections during sleep and are a necessary part of REM sleep. They happen sporadically throughout the night, so whether you wake up with one or not is just up to chance.

ARE YOU AN INNIE OR AN OUTIE BELLY BUTTON? HERE’S WHAT IT MEANS.

Belly buttons come in all shapes and sizes and everyone has one, but they are mostly categorized by either being an ‘innie’ or an ‘outie.’

When you were born, the doctor tied off or clamped the umbilical cord, so that it could be cut off where it attached to your belly. Over the first few weeks of your life, what was left of the umbilical cord slowly dried up and fell off. What was left? Your belly button! Whether you end up with an innie or an outie is usually a matter of chance. Most people end up with innies, but some people have outies. Outies usually occur when more of the umbilical cord is left when it’s cut, leading to more skin left over once it dries out.
Are there any amazing facts about the human body that you’ve discovered? Please share it with your friends.