It Will Take Just 1 Minute to Read this Story, But It Will Change Your Thinking!

Sometimes life can be tough, and it is easy to focus on the negative. However, those who are true to the positive and joys of life will see this story for what it really is — The true way we should view life and all its wonders.


Read the story below and let it change your thinking about life! 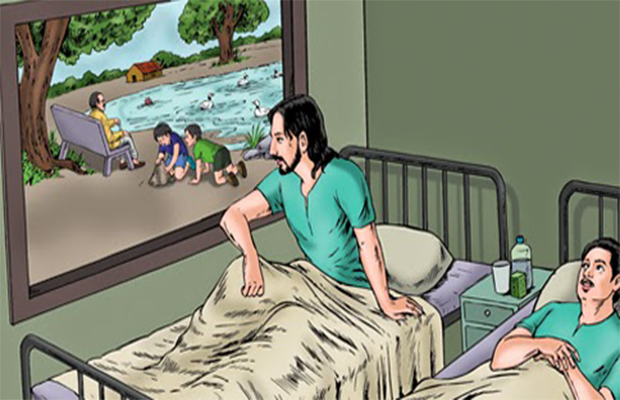 Two men are seriously ill and in the same hospital room. For an hour each day, the nurses would let the man closest to the room’s only window sit up in order to help drain the fluid in his lungs.

The other man in the room spent all his time flat on his back.

As you can imagine, with little else to do, the men would talk for hours. They spoke about their families, homes, their lives in the military and where they had travelled.

And each day, the man sitting away from the window longed for the hour when his roommate would be able to sit up and describe the details of the world outside their room.

He would speak of children playing, of animals peacefully roaming and of happy families playing in the water.

Sadly, after months of this, the day arrived when the man closest to the window died in his sleep. After his body had been removed from the room and some time had passed, the other man asked if he could take the bed by the window. The nurses were happy to oblige him and they made the switch.

Once they were gone, the man slowly and painfully pulled himself up so he could take his first good look at the world outside the hospital room, the world whose description had brought him so much comfort.

To his dismay, he found that the view was not as vibrant as he’d been told; in fact, the window faced a blank wall.

Upset, the man called for the nurse and explained the situation.

“Why would he lie to me?” he questioned the nurse.

After thinking for a moment, the nurse looked at him and said:


“Maybe he just wanted to encourage you.”

This should be a lesson to all of us that no matter our situation, we can do tremendous good for those around us by looking on the bright side of every situation.

Even when we’re faced with what seems like an impenetrable brick wall, we can bring so much happiness and joy to those around us if we find positive ways of looking at the world.

The man in the story could just as easily have described the bland, brick wall that stood outside the window but instead of simply passing along his misery and grief, he shared whatever happiness he did have, doubling it.