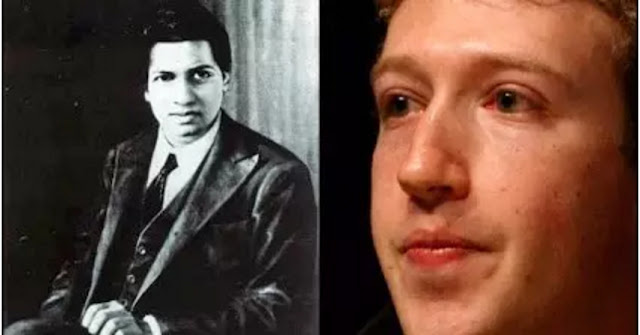 At the recently held, private screening of ‘The Man Who Knew Infinity’, Google CEO Sundar Pichai, Facebook founder and CEO, Mark Zuckerberg and others were reduced to tears.
The biopic based on legendary Indian mathematician Srinivasa Ramanujan, moved the who’s who of US super-elite, so much that they reportedly pledged to form a foundation in the name of him.
Mr. Milner held a screening of director Matthew Brown's "The Man Who Knew Infinity", over the weekend at the Silicon Valley.
As reported, the screening was attended by, "Sundar Pichai (CEO, Google), Sergey Brin (founder, Google), Mark Zuckerberg (founder, Facebook), Brendan Iribe (CEO of Oculus VR), and some other fifty other '1 percenters' of Silicon Valley, who all came out with tears.”
Some of those, including Zuckerberg and Pichai, who saw this deeply moving film on the life of mathematician who journeyed from anonymity in his village in Tamil Nadu to everlasting fame in England have pledged to form a foundation in Ramanujan's name.
Set in 1913, the film has actor Dev Patel essaying the role of Ramanujan, a 25-year-old shipping clerk and self-taught genius, who failed out of college due to his near-obsessive, solitary study of mathematics.
Though Ramanujan had almost no formal training in pure mathematics, he made extraordinary contributions to mathematical analysis, number theory, infinite series, and continued fractions.
He passed away at the age of 32 in 1920.
"The Man Who Knew Infinity", which also stars Jeremy Irons, Devika Bhise, Stephen Fry, Toby Jones and Arundhati Nag, is scheduled for release in India on Friday, April 29.
Content courtesy: TOI