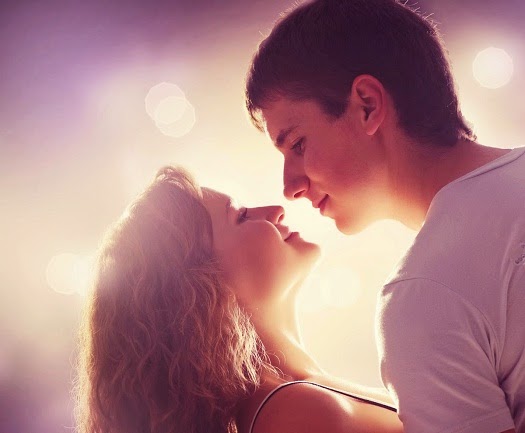 There was a Boy and a Girl . They were best friends for years and years, They could Talk for hours on the Phone ‘n text each other for days, When They were Together; Not a single Sad Thought could cross their Minds, everything was Great.

But One Day ; The Boy did not Answer any Call or Reply to any Text for a Day, The Girl was worried that something was Wrong..:( at night She couldn’t Sleep.., She was sitting in her Room Crying, ‘n It was then that She Realized how much He Meant to Her..?

The next Morning; She woke Up from a Phone call.., It was the Boy..

Boy : Hey..,
Girl : Im so glad that you Called Me, What happened to you yesterday ?
Boy : I was Busy . [ The GIRL Understood that something was Wrong but could not Ask]

[He Disconnected the call, 'n She Felt as If Somebody had Slammed the door on Her face]
Everything else Flashed in Her Mind, Tears :’( Cars running by Her.. Roof of some building..’n Sunset.. She couldn’t understand anything.. She started Feeling Lonely, Dejected, ‘n broken..:’( That was the answer to everything! His words were pouncing on her.. Her heart wanted to jump out!

[She called Him Up]
Girl: hi…
Boy: Why are you calling Me?
Girl: I need to tell you Something..
Boy: Go Ahead.
Girl: I Just Wanted You to know one thing before we stopped talking!
Boy: Tell me..!

Girl: Are you All right?

[She broke off..!
She tried but may be he doesn't really Care about Her, She Thought! She wasn't His friend in the first Place... Tears were slowly running Worst :'( She left the House with a Note..!

Phone Rang in the Boy’s Room. It was the Girl’s Mum. The girl was lying in the hospital. Got hit by a Car. The Boy rushed to the Hospital where She was. She Opened Her Eyes with the Boy’s name. He took her Hand..

Girl: I wont get Better..

Girl: just tell me one thing Why did you do it ?

Boy told her that He had a Heart problem ‘n he did not want her to be worried; ‘n there was a risk that he could have Died..!

‘n After That her heart Stopped Beating…:O She Died..! The Boy died 10 mins later from a Heart Attack.

He could not live with the thought that; She died Because of Him.

Moral: If You Love Someone , then Don’t Hold Back Your Feelings because Love is The Reason to Live..! Love is Beautiful..? !